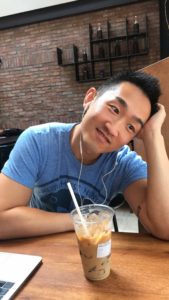 Steven and I are fascinated with the growth and innovation happening in the digital art and crypto art space, so we started a newsletter. You can signup here:

Love @jbrukh's framing of NFTs as "liquid IP" for all digital content: pic.twitter.com/pBxWulFln3

And here are some topics we discuss:

-Exciting projects in the space from Niftex (NFTX) to Axie Infinity to Aavegotchi
-Great artists in the space like Fewocious and Beeple and Michael Divine
-Predictions, launches, experiments, hot tweets, and more

Software is eating the world, and crypto is now eating art (and money). The speed and experimentation and opportunity to help creators make a living by making beautiful things, that’s what it’s all about.

Let us know if you have any questions or feedback, this newsletter is very much an experiment. We may also do a podcast or YT channel to accompany it.

And if you’re in the NFT world, whether a builder, an artist, a collector, a curator, and want to partner, hit us up on Twitter or via the newsletter.

WEIRD is an acronym used by academics, intellectuals, journalists to represent a type of person – or perhaps a population – that is:

The first time I saw this term was in the context of academic psychology studies, where WEIRD participants are often overrepresented (like your average American university undergrad).

I got to thinking, is there an Eastern counterpart? Can we create an equally pithy or interesting acronym to represent some of the opposing or countervailing properties?

And a bit of noodling led me to CHEER:

Now I’m not an academic or intellectual or anything but a casual interested observer. I had other words in mind, but they didn’t seem as relevant or simply couldn’t fit into an easy acronym: words like Spiritual, Socialist, Group, Consensus…maybe consensus is better than collectivist, etc.

I’m sure others can create even better acronyms. Would love to hear if you do.

PS I thought it interesting, too, that the word “CHEER” has its own connotations, given how some countries in Asia, like Japan and Thailand, place an emphasis on expressing a kind of positive emotion in public. (tatemae and the land of smiles, respectively)

The documentary is a fascinating and brief slice in the work life of Paul Tudor Jones, one of America’s all time great macro traders.

There’s this one moment that really stands out to me, where Jones, after losing about 5% of his portfolio in a single terrible trading day (at that time, ~$6M dollars), says this:

“The money’s irrelevant but it’s the whole concept of having analysis that’s just so completely off the mark. It’s a mental blow, it’s an intellectual blow, and it’s part of the business. This is going to happen a thousand times in the next five years to me, so it’s just something you learn to live with. I hate it.”

First, his focus on PROCESS and ANALYSIS instead of outcome.

Second, his mental preparation for future pain. On the heels of a terrible performance, he reminds himself that this is going to happen 1000 MORE TIMES in the next 5 years.

Pretty remarkable. I encourage you to watch it, as he’s apparently known for trying to remove publicly available copies of this documentary.

Hate hides behind the most righteous faces. – Alice in Hellboy

I’m a fan of the Hellboy franchise and the new Hellboy (2019) was better than I expected. Sometimes an injection of new faces is a great thing, and the new squad (of Hellboy, Alice, and Daimio) has real potential.

Yeshua said, Know what is in front of your face and what is hidden from you will be disclosed. There is nothing hidden that will not be revealed. – the Gospel of Thomas

When you improve a little each day, eventually big things occur. . . . Not tomorrow, not the next day, but eventually a big gain is made. Don’t look for the big, quick improvement. Seek the small improvement one day at a time. That’s the only way it happens—and when it happens, it lasts. – John Wooden

Aristocrats and criminals have a lot in common. They’re both selfish, get bored easily, and have access to wads of cash they didn’t have to work honestly to get. The topper — neither have any interest in bourgeois rules or morality. – from the movie Legend

There will never be enough comedy. Comedy is at a premium always. – Phyllis Diller

We are alone, absolutely alone on this chance planet; and amid all the forms of life that surround us, not one, excepting the dog, has made an alliance with us. – Maurice Maeterlinck

How Do You Know When Society Is About to Fall Apart? [NYT]

Social complexity, he argues, is inevitably subject to diminishing marginal returns. It costs more and more, in other words, while producing smaller and smaller profits. “It’s a classic ‘Alice in Wonderland’ situation,” Tainter says. You’re “running faster and faster to stay in the same place.”

Dogs aren’t just cuter to us; they’re also cuter to wolves themselves! In one study a wolf mother was given two different litters to foster, one with wolf puppies and one with dog puppies: The foster-mother wolf was… more nurturant with the Malamute pups than with the wolf pups.

Natsukashii = Nostalgia/Nostalgic
懐かしい
Literally, this word means “nostalgic” and is an adjective. But, this carries a lot more meaning and emotion to the Japanese. People don’t normally blurt out “oh, how nostalgic” in English, because no-one likes nostalgia. It’s seen as negative. For the Japanese, it’s something that brings back memories and warms the heart.

Intra-Elite Competition: A Key Concept for Understanding the Dynamics of Complex Societies [source]

A great expansion in the numbers of elite aspirants means that increasingly large numbers of them are frustrated, and some of those, the more ambitious and ruthless ones, turn into counter-elites. In other words, masses of frustrated elite aspirants become breeding grounds for radical groups and revolutionary movements.

The German psychologist Jutta Heckhausen… studied a group of childless middle-aged women who were still hoping to have a baby. As they approached menopause, their emotional distress became more and more intense. But after menopause those who gave up their hope for pregnancy lost their depression symptoms. The irony is deep: hope is often at the root of depression.

Overall then, the work suggests that jargon use is “a novel form of status compensation”, allowing people to make up for their low status through their language choices. It’s obviously not the only reason that people use jargon, but is one that hadn’t previously been considered.